“Nearly seven years have passed since she and Pinault married, and the woman still gushes over him like a teenager. ‘I wish I knew [when I was younger] that I was going to fall crazy in love with the perfect man,’ she says. ‘I was so worried, and I dated some people I shouldn’t have dated. You get desperate, and you start seeing wonderful things in, like, the wrong guys. I also found some pretty good guys. But I wish I could say to myself, ‘Hey, chill out. You’re going to get a great husband that’s going to adore you.’ I would have saved myself a lot of personal drama.’ Here, her cover shot.” Salma Hayek, August 2015 Allure 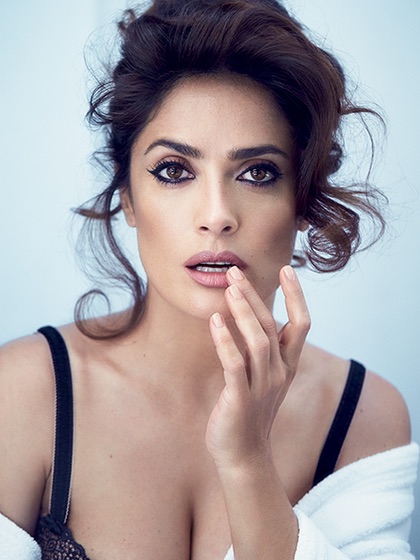