The Mindy Project is coming to an end this season. Is it weird that I want to see this thing end with Danny and Mindy, together? The world needs positive vibes. We all want to see something work out, even if it’s fantasy. I was never someone who believed in closure or forced happy endings. I am not embarrassed to say it, but in this story, I want my Jane Austin ending.

The whole show started revolving around the incredible Mindy-Danny chemistry. Then, Chris Messina (who plays Danny) wanted to do other projects, so they messed up the whole show, so they could write him out, for a bit. Not cool, guys.

They better end this thing right. Danny is back.

Remember the Danny who used to stare longingly at Mindy? The one who would tease her and bicker with her. The one who was her best friend and recognized she was a “hot, smart woman with an ass that don’t quit.”

I recently read an article about why we care so much about celebrity marriages and divorces. The article explained that people observe and pin their own hopes on other’s experiences. We feel that if George Clooney found his soulmate, we will, too. Sounds so elementary, but it’s the human way.

While Mindy was in many ways superficial and deeply flawed, she was a representation of an intelligent, professional woman of color on television that a lot of us grew up without.

To be honest, what I liked the most about Mindy was the way she fell in love with Danny. I believe this is where her character really started to grow. He was her opposite. Stoic, divorced, rugged, careful with money, fit, manly, Italian, sarcastic… They needed each other.

Let’s face it, all of us watching put our money on Danny after he danced for Mindy at the Christmas party. The show set us up. We all became #teamDanny.

We all swooned, , when Danny kissed Mindy for the first time, on the plane.

And now, we are here.

From what I have read on forums and YouTube fan video comments, Danny has lost no fans.

We are all hoping to see a sweet end. An ending that maybe takes us back to where it all began— the top of the Empire State Building, declaration of love, anyone? 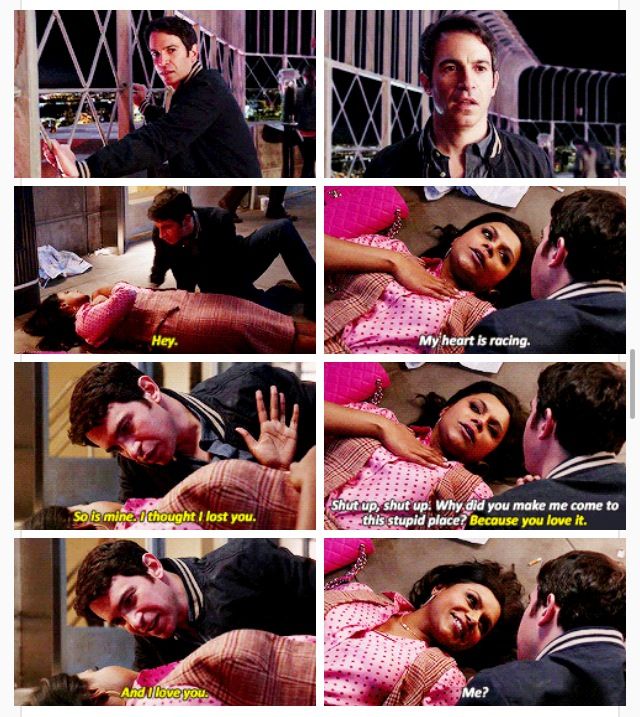 (Going to the top of the Empire State Building at night is still on my bucket list. Six years in NYC, and I still haven’t done it. Craziness.)