The ladies from Sex and the City

[All images from Tumblr]

Don’t worry– this is not a post about the ridiculously self-centered women of the HBO hit show. Nor is this a sex column, à la Carrie Bradshaw.

I was on the train this morning, and I saw so many advertisements and things that were so sexually suggestive. The city plagues you with images, suggestions, ideas. I was thinking, though, about this topic of sex a lot after my friend’s bridal shower, recently. It seemed like that was all certain people were talking about at the house that long weekend; virginity, lingerie and Victoria’s well-kept secret. Advice about “pleasing a husband” floated around, tension and excitement mingled in the air. I remember us sitting in the dinning room, with all the Latin aunts and grandmothers, in conference, each imparting her wisdom. 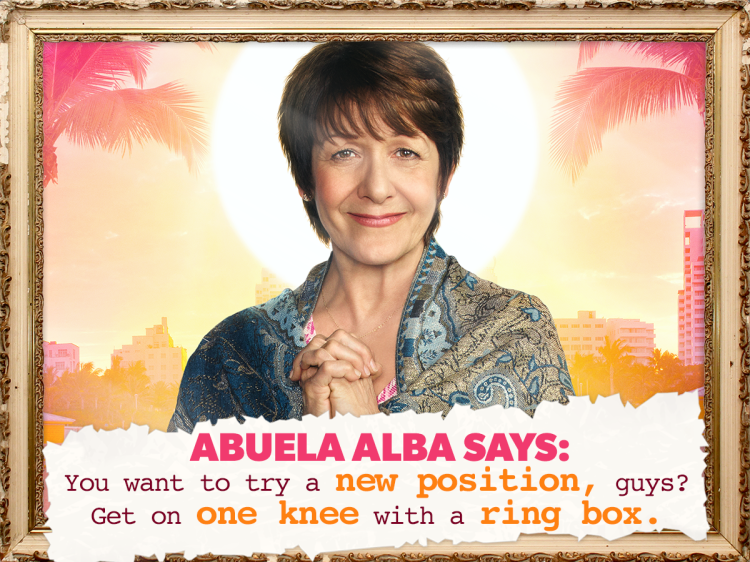 People have a misunderstanding or wrong perception about Christian’s views on sex. Christians are perceived as prudes or people who believe that the human body and pleasure is flat out sinful. And while there may be people who really do agree with such sentiments, the truth is that scripture is clear– sexuality was created by God, and within its appropriate context, it is a beautiful, healthy mirror of God’s relational nature and love.

Dating brings many of us Christian, aspiring-to-remain-pure young women into conversations about boundaries. Cue Jane the Virgin’s “I am a virgin, and I am saving myself until marriage” speech. Hard lines are drawn, and then many things are decided on principle. The principle of purity.

Some men are respectful and willing to wait; others get a look on their face that says it all; and some, say that it is fine and then later try to pressure you into doing what they want. If you are a woman who wants this and has made this commitment, it takes commitment and integrity (yeah, we could call it that– integrity). I also acknowledge that there are men who are committed to purity, like Tim Tebow, for example. But as this is coming from a woman’s perspective, I continue…

I once met a guy whose manipulation line and tactic started with: “In Spain, this is not how we do things–”

I was like, “Well, welcome to America, my friend! It’s not happening.”

Purity is an interesting concept in Christianity, given that it is an ideal that was seldom modeled by any biblical heroes. In fact, what one sees is a lot of broken people with messed up marriages, multiple simultaneous marriages, women of questionable reputation– lots of non-model like behavior. No one gets particularly lectured for anything in particular nor are there any strong object lessons in the stories of people like David and Solomon. David certainly gets some consequences after he kills a man to take his wife (the adultery situation), but nothing is mentioned or deemed as dreadfully wrong regarding all of his other wives and women around the palace. People’s sexual exploits and backgrounds are left usually in the faded background.

Thankfully, we don’t look to them for examples in these areas. Instead, we look to Christ, Creator of every aspect of our being. We look to the fact that we must offer ourselves to God as pure, knowing He is pure and holy.

Purity is a theme I would like to examine more closely, maybe not here right now, but on my own time. And I mean purity in the biblical sense, not in the exaggerated, hypocritical puritanical way, as reflected in books like the Scarlet Letter, where repressed societies wreak havoc on those who publicly make mistakes, while living in their own private messy entanglements that are no better.

It’s not hard to fall into puritanical ways of thinking. Extremes in any which way are bad. I recall at my friend’s wedding, I was helping her change into her “honeymoon getaway” dress. We were trying to slip her out of her 50 lbs. wedding dress, when the groom walked in to change into something more comfortable. We were in the reception hall’s small, private back room.

I kind of mentally freaked out. I kept trying to make sure the bride’s strapless bra didn’t fall, and I tried helping her change while
simultaneously covering her. It then struck me how ridiculous I was being. I was helping her change as if she was my four-year-old child. Instead, she was now a married woman, in front of her husband.

As Carrie Bradshaw later discovers, sex is not just some empty thing devoid of romance. You can act like
it so, but that didn’t work out so well for her. After all, she wanted Mr. Big, not Aiden or any of the others, right? I don’t know much about this show, having never watched a complete episode (can’t really stand the women and their antics), but through pop culture, a Wikipedia search and some YouTube clips, the storyline isn’t hard to gather. She wanted Mr. Big.

Love fills us, and we realize that things aren’t about hard facts or hard lines, they are about principles. Principles often will require hard lines to be drawn, naturally, but the motivation to carry it out and stay within such lines and keep such lines intact must be the principle, which is so much more profound. If not, it’s empty. Isn’t that legalism? Doing something just because a rule or line of text says so without seeing the beauty and the purpose behind it?

The hard lines and boundaries are like lines on a page. The principles and emotions that accompany are the poem that is written on top of the guiding lines.

Not anyone will do, as Carrie Bradshaw discovered. The Jane the Virgin speech is totally valid. And there are times to keep your shirt on and times where it’s okay if it comes off (especially, when it’s honeymoon time).

No one wants to drink bottled water with some soil or dirt sprinkled in. A lot of us like pure water. Purity in other aspects of life is also refreshing, and it goes a long way.

Purity goes beyond word or deed. It’s all about the heart. Actually, that is where it begins…